How do you deal with a workplace bully without ruining your career or appearing weak?

It is possible to stop a workplace bully without ruining your career or appearing weak. It isn't easy, but it can be done. But only if you have help.  Here is how you do it and yes, this technique is validated by science - operant conditioning - extinguishing a behavior. 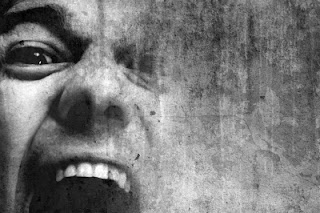 The above is the easy part. What happens next is the difficult part.
Once you a remove the reward and start documenting everything - the bully is going to escalate their behavior. This is predicted to occur. It’s part of the behavioral extinction process. This means - they will either try to retaliate, or they will escalate their behavior in some way. Don’t let that upset you. It means what you are doing is working and you have disrupted the bully’s control over the work group and yourself and they are trying to get that control over you and others back. Don’t let them.
Once you start removing the reward and reporting them - you need to do so consistently. We have about 70+ years of research on behavioral extinction and being consistent is absolutely key!!!!!!! The way you get through this with your career intact and not appearing weak is to remain calm and professional and allow the other person to behave badly. You are giving them every opportunity to behave professionally. The fact they aren’t - is on them, not you. Eventually what happens is that they either stop or their behavior becomes so egregious it can’t be ignored anymore. That’s on them. Not on you. You just are being a professional dignified person.
If you give up before they stop or they get fired, you will make the situation exponentially worse. So once you start - stick with it.
It is absolutely critical that you behave professionally through this all and not give anyone anything to latch on to to hold you responsible for what is going on.
Now, what I’ve described above is very hard to do and I don’t recommend doing it - unless you have allies above or parallel to the bully in terms of authority. If the bully is the top boss - you won’t be able to do this. It’s only if there is someone above them that is willing to make them stop or fire them that you will succeed.
I realize that is not pleasant information to hear - but it’s realistic. One of the ways to get through the onslaught that will be directed at you - is to understand you aren’t just doing this for yourself, but for your other co-workers who are also suffering.
Finally - the documentation you collect - keep doing it through the escalation and keep giving copies of everything - on a daily basis to HR. This will help them see the retaliation - which is illegal and help them take appropriate action.
And if you get fired, you can use that to file a wrongful termination lawsuit if necessary.