Humanists, by and large, are pro-choice. Meaning, we think a woman should have the right to choose whether she becomes pregnant or whether she should maintain a pregnancy. 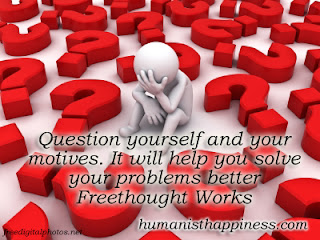 I personally have mixed feelings on it. I am pro-choice, but I do view abortion as a sad thing. It would be better if abortions weren’t necessary. But until or unless women have access to reproductive health care and education and can plan for pregnancies and the ability to avoid pregnancy, which would also require women to not be raped, there will still be a need for abortions. If there is a continued need for abortions, abortions should be safe and legal.  In my mind, the only thing worse than a safe legal abortion is a woman dying from an unsafe illegal abortion.

Why do women “need” abortions?  Vice.com posted an article that included letters from women pleading for abortions going back to the early 1900s. https://broadly.vice.com/en_us/article/letters-from-women-pleading-for-abortion-sent-in-1917-mirror-emails-sent-today-591ee1168a1c68da16fb404f

Each choice has a story and I feel very strongly that the only person capable of weighing the pros and cons of any given pregnancy is the woman herself. We also know that women have been making this choice for centuries and that making abortion illegal doesn’t stop women from making this choice, it only prevents them from accessing medically safe procedures.

I personally would prefer that we increase education and access to contraceptives to reduce the need for abortion and my political views reflect this.

Am I typical of Humanists? Probably. Humanists tend to converge on liberal, “pro-choice” stance.  But not all of us do and there is a group of pro-life humanists.  Or rather, an individual who runs a group called Pro-Life Humanists. It is not clear how many people support this person’s efforts, but the point is that this person exists.

The reason I wanted to write about this is because this is a difficult issue and Humanists don’t shy away from difficult conversations and difficult moral dilemmas.

And this from a secular prolife perspective:
http://www.prolifehumanists.org/secular-case-against-abortion/