I have done this and am an expert on how to use behavioral conditioning to make it happen. What follows is both an explanation of how I did it, what to expect when you do and the science of why this works. If you like what you read and need help at your company - contact me! I provide training on how to do this. 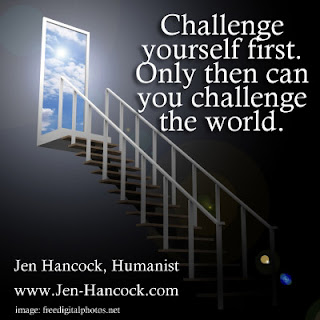 I used to work at the LASPCA. We had a toxic volunteer and staff volunteer relationships were beyond horrible. We had 10 volunteers who thought their job was to spy on staff and report them behaving badly. The result was no staff wanted to work with any volunteer. I was brought on board to change that dynamic.

The first thing I did was meet with staff to find out what they wanted help with and would allow volunteers to do. I then wrote volunteer job description for those jobs. These included what exactly was expected, who they reported to. Standard stuff. I then spoke with each of the 10 volunteers to find out if they were willing to volunteer in these new roles working with staff on work the staff needed help with. All but one were excited as they wanted to be helpful. Those volunteers were placed with staff mentors to work with them and alongside them. There were only a few staff members willing to take this on at this time. That was fine. The volunteers were now considered assistants to a staff member.  Once those relationships started flourishing most staff members began asking for help.

I created a volunteer recruitment process where people wanting to volunteer were interviewed, oriented and onboarded and then placed into work. As staff/volunteer relationships improved, I started getting more requests for help from other departments. The process was the same. Create a job description. Recruit in volunteers, orient them, train them and then pair them with a staff member/supervisor. I spent as much time training staff on how to work with volunteers as I did with recruiting in new volunteers.

Within 3 years we went from 10 volunteers and toxic staff/volunteer relationships to 500 volunteers donating ~20,000 hours of time each year. That’s the equivalent of 10 full time staff members.  That’s how much productivity a toxic environment was costing us.

Now – this process wasn’t without it’s hiccups. The one volunteer who did not agree to the new system and new roles had been “in charge” of the volunteers and she did not take kindly to losing her power and being excluded from the shelter. But since she did not agree to the job description, she wasn’t allowed to work with us. She fought it. Recruited in some allies, who were other directors in the organization. She tried to get me fired, failed. And eventually she gave up and went away. It was a rough first year as I got accused of all sorts of really horrible things, none of which were true.

Let’s move on to why this worked.


It’s this last bit that is key and it has to do with how behaviors are extinguished which is the realm of behavioral psychology.

How behaviors are extinguished

When a behavior has been rewarded for a while, in this case a toxic volunteer wielding power over an entire organization, getting that behavior to stop follows a very specific pattern. There have been over 70 years of research on behavioral extinction and every single study shows the exact same thing. There are no counter examples. This is established science.

This is exactly the pattern that played out in my organization. I removed her ability to get rewarded for her toxic behavior. She was given an opportunity to find a place in the new system, but she refused and fought it. This ‘fighting’ is predicted to occur in the behavioral model. She fought more and more and even tried to get me fired. This is again, consistent with what we expect to see using a behavioral model. But because I had the support of upper management she failed. Upper management did not give into her demands and she was not allowed to regain control over the organization. Upper management treated her with dignity. They investigated all her claims about me diligently. Found they lacked merit and in this way allowed her behavior to “blow out.” And as is predicted when an individual fails to get their reward, she eventually gave up and went away. This took a little under 6 months to accomplish.  From then on – we experienced exponential growth in our volunteer programs adding in a youth volunteer program, a program for people with dual diagnosis, and we even had volunteers working with our law enforcement arm and fundraising and donation processing unit. Basically – all areas of the organization were using volunteers within 3 years.


If you want to rebuild a toxic culture, you have to be clear about what your behavioral expectations are. This can be done with job descriptions, but it can also be done with behavioral agreements. What are the behavioral expectations. What is the behavior you want, what is it you don’t want. Make it clear and make it clear that inappropriate behavior won’t be tolerated.  Then, you start enforcing the rules and it is absolutely critical that upper management be ok with letting the people who don’t want to change – go. If they don’t leave – you won’t succeed.

From there – if I am doing a cultural transformation – I actually do it in stages and do it work group by work group. I insulate my first work group so that individuals who do not like the changes in that first group – can’t derail it. And they will try. Once that group is behaving according to the ethical norms I have set, I bring in another work group and help them transform. And again, they have to be protected against the people who are going to try and derail it. Those people might come from within that group, or they might be from outside. Often, it’s outside the group. Once my 2nd group is going well – you usually then get groups asking to be next and asking for help as they see the success that has occurred in the initial groups and the rest becomes easier as a new cultural norm is established.

But again – there are going to be people who fight this and try to derail the process by accusing the change agent of – some pretty horrible things. Those must be investigated to provide clarity and dignity to the process. But if the change agent is acting ethically then the change process must not be derailed by those attempts to stall it. Eventually – the hold outs will either change and adopt the new processes and ethical norms or they will be asked to leave or they will leave on their own accord making accusations about everyone else being brainwashed or whatever the complaint is.

It is absolutely critical that the change agent has the support to ride of upper management. They become the point person for all the negativity that is thrown at the process and they must be supported to get through this. Failure to do that will cause the change process to fail.

To learn more about me and what I teach - check out my bio and courses offered at: https://humanistlearning.com/jennifer-hancock/ and do contact me if you need help with this.