Debates about the limits of Humanism and how to strengthen Humanism 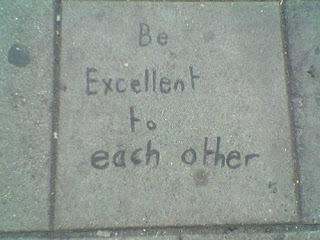 I have been volunteering with the International Humanistic Management Association (http://humanisticmanagement.international/).  At our recent meeting in NYC - I had the pleasure of meeting Chris Laszlo of the Weatherhead School of Management (https://weatherhead.case.edu/faculty/chris-laszlo).

He gave me a really lovely review that included a critique of humanistic management. "I just finished reading your new book, Applied Humanism. I loved its clarity and straightforwardness. In many ways the writing is deceptively simple: the concepts and their applications are universal in appeal yet subtle in their implications for living and working in today’s world. Although I remain skeptical about some aspects, such as the reliance on what appears to be largely western science (physicalist, positivism) and the rejection of mysticism and spirituality, I learned a lot. In case of interest to you, I’m attaching a recent article that highlights what I see as some limitations of humanistic management."

The article discusses what he likes about humanistic management and what he thinks the limitations are.  These include the idea that Humanism is a form of species-ism, That we need to move beyond the dichotomy of economistic vs. humanistic thinking in business and that Humanism is reductionist (ie: too much of a reliance on science as opposed to other ways of knowing).

As this is similar to a recent post I had about how debates about Humanism are rarely actually debates about Humanism and are usually just discussions about what Humanism should ideally be (https://humanisthappiness.blogspot.com/2019/07/the-meaning-and-legacy-of-humanism.html) I thought I'd include my response to his concerns here.  He appreciated this and responded to me - which I will include at the end.  What follows is basically a conversation about the whats and whys of Humanism.

Thanks for sharing your paper Chris.  I see nothing inconsistent with your ideas of quantum flourishing and a humanistic approach.   It easily encompasses your ideas without altering its basic nature.  To me – I read your article and thought – yes, of course.

Here is how I think of my practice as a Humanist – I was born a human. My goal is to be the best human I can be. Humanism is the applied study of what it means to be a good human being.  You have studied that too – and came up with your quantum leadership ideas – which are excellent.

Your critiques of humanistic management are totally accurate. When you brought them up at the meeting I thought – he gets it. He’s one of us! He just doesn’t know it yet.

So – to respond to your critiques:

Humanism is not species centric. The name sounds like it would be – but it’s not. Science teaches us that Humans are a part of nature, not apart from nature.  The idea that Humanism implies humans vs the rest of the natural world is a dualistic idea that usually comes from religious thinking. It’s not a humanistic idea. Also – the idea that humanism is dualistic to religion – is dualistic and not realistic.

We can chat more about that if you like as I have done a lot of writing on this exact issue. The point is that humanists tend to reject dualistic thinking as inaccurate thinking.
Your formulation of Humanistic Business Management is opposed to Economistic views of business is, again, dualistic. And I dislike that formulation as simplistic and inaccurate precisely because it is dualistic. So again, my response was – yes – you are correct.
Was it Pascal that said, Man does not achieve greatness by being at one extreme or another, but by touching both at once. Another great quote is – the opposite of a great truth – is often – another great truth.  Either or, dichotomies are not good ways to think about things. It leads to dualistic thinking. And you are correct – that’s not a good way to think about things, which is why I know very few humanists who think in terms of dualism. It’s more universalistic.   To me – the economistic model – has value. It’s not so much wrong as it is incomplete. Adding humanism to it – helps fill in the missing bits and makes us less wrong. But, as you point out, all models are incomplete. Which is why you want to add on the quantum stuff. And you are correct to do so and doing so will improve the model and consequently – make it more humanistic. Your add on – is the epitome of what humanists do. We strive to be less wrong. I’m sharing a post I wrote about this based on writing by a fellow Humanist Isaac Asimov.  http://humanisthappiness.blogspot.com/2012/01/how-being-less-wrong-is-actually-right.html
Humanism has no dogma and will never have a final – this is the way things work There will never be a final statement about what Humanism is and how we view the universe. Why? Because Humanism is the applied study of what it means to be a good human being. As we learn more and are less wrong, of course we are going to change how we think about things and go about doing good. What would be crazy – would be to not adjust our thinking. Flexibility and openness to new knowledge IS the hallmark of a Humanist mindset.

Finally, Humanism isn’t reductionist in a scientific sense. I forget which Humanist manifesto it is in – but Humanists are as much informed by science as we are by the arts.  You are correct – a strictly scientific approach is insufficient for a wide variety of reasons – that go beyond what you identified. Though to the points you are making, there are really lovely debates about the limits of human agency – and what is called swerve (uncertainty and indeterminism at an atomistic/quantum level) - https://en.wikipedia.org/wiki/The_Swerve.

I suspect that these debates will never go away – probably because the debate between determinism and indeterminism is a dualistic debate and the answer is probably that both are correct. Not either or.  In other words, our behavior and choices are both conditioned and determined and also indeterminate and open to change through choice simultaneously.  And I LOVE discussing these concepts. They are absolutely central to the idea of Humanism – which is – that humans have agency

I think of this mostly in terms of humanistic psychology and behavioral psychology because that false dichotomy is central to my work on how to stop bullying and harassment using both behavioral and humanistic techniques. Most modern psychologists no longer accept the old dichotomy. It’s both and …  Both the humanists and the behaviorists were right and a more accurate model of human psychology and behavior – incorporates both – not either or. http://humanisthappiness.blogspot.com/2018/08/humanist-vs-behaviorist-dialectic.html

Anyway – thanks foryour essay – I really enjoyed reading it.  And it obviously got me thinking some pretty deep thoughts – which I really enjoy doing. It reminded me of conversations I had with Edgar Mitchell who founded the Institute for Noetic Sciences. He was such a lovely man. http://www.sumogirl.com/sumomambo/index.php?option=com_content&task=view&id=839&Itemid=62

Thanks for your thoughtful reply. Synchronicity: this coming week I’m going to the IONS 2019 annual meeting and will be speaking on a panel about Noetic Leadership.

Your points about the inclusiveness of the humanistic and quantum leadership perspectives are well taken. In many cases, dualism doesn’t serve us. But with quantum science and its ontological implications, it’s not so much about dualism as it is about a paradigm shift. In the history of science, as you point out, there have been successive paradigms such as the transformation from the Ptolemaic to the Copernican model. Thomas Kuhn’s idea of science as a succession of paradigms seems to me hugely relevant today. Humanity is on the cusp of a new understanding of reality, one in which noetic science—including mystical and spiritual ways of knowing—will be better integrated. Edgar Mitchell would have been thrilled 😊