The meaning and legacy of Humanism

Did you know there are debates about Humanism? What it is? Why it matters?  There is even apparently a high profile debate about the definition of Humanism that I was told really was important as it was influencing a lot of people. 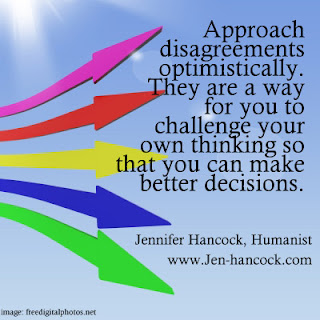 I was not even aware this debate was happening. It certainly wasn't influencing me. And the people I influence and meet - never asked me for my take on it either. So in my corner of the world of Humanism, this debate was non-existent.

But I was given a link to the discussion - which is quite collegial. I read it - and I loved it! And am sharing the link here:

Basically - a guy who I've quoted before in my recent post about free-will and Humanism - http://humanisthappiness.blogspot.com/2019/06/free-will-and-humanism.html  defined Humanism in a way that a philosopher who specialists in Humanism at Carnegie Mellon University didn't like.

When I read the debate - I found I agreed with both of them and that I thought they were talking past each other. Or rather, one of them refused to accept that the other was talking about.

Yuval Harari defines Humanism correctly. So does AP Norman. So - what gives? How can they both be right.

Humanism isn’t just the modern movement. It also refers to people who study the humanities and renaissance scholars etc.  This is an ongoing problem we are always going to have because we can’t change history. The term Humanism refers to a lot of different things.

It is usually enough to say – we are talking about movement Humanism (with a capital H) and not academic humanism (lower case h).

I also think Yuval’s critique of Humanism both capital H and lower case h is valid. Movement Humanism is constantly evolving for exactly the reasons Yuval points out. When we find out we made a mistake – we attempt to correct it.

It’s a great dialogue.   I don’t see why it should cause any fear that our movement is being maligned when he is doing the exact opposite.  Pointing out potential inadequacies.  The way I view these sorts of conversations is 2 fold.

1 – when someone has these critiques – it means they are interested and aligned with the philosophy of Humanism (capital H) and are allies.  Like when people worry that Humanism is a form of speciesism.  They get it. And they are right to be worried about speciesism. I am too – as a Humanist.  We are aligned.  That gives us a basis for collaboration.

2 – the number of people engaged in this debate is super small.  Most of humanity is totally unaware it’s going on and are not influenced by it at all.  Instead of worrying about the small number of people who might get the wrong impression because they conflate humanism with Humanism, understand that Humanists will always have to distinguish ours philosophy from the other forms of humanism and that shouldn’t freak us out. We should instead welcome those conversations and use those other uses of humanism as a way to explain and educate people about how we practice our Humanist philosophy.

In other words, we should be focused on educating the masses instead of worry about an argument 10% of the population is attending to.

Email ThisBlogThis!Share to TwitterShare to FacebookShare to Pinterest
Labels: about humanism, debate, humanism