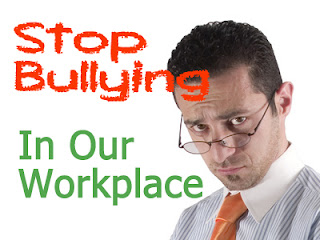 Answer: Let me answer the 2nd question first.  It will probably take about 2 years to reverse a toxic workplace culture.

Now let’s talk about how and what steps to take.

If you have a toxic workplace culture, it can either be a culture or it can be an individual creating a culture.  Often, it’s an individual. Once you get rid of them, things fix themselves.

You have a couple of challenges: Identify who is behaving toxically. Figure out if they are doing so because they are an instigator or follower.

Instigators generally have to be let go otherwise, their toxicity will continue to impact and infect the organization.  Then, it’s just a matter of helping the people remaining rebuild trust and positive working relationships and new collaborative work patterns.

The steps to do this are:

1. First, create clarity.  What are the job descriptions? What are the ethical principles you expect people to follow.

2. Document every interaction with the suspected toxic individual.   Just follow up on every conversation with an email documenting what was discussed and agreed to and timelines etc.

3. Treat everyone with dignity including the suspected toxic person.

4. Look at how people respond.  A toxic person will not like their power being taken away from them. And their toxic behavior does give them power, that’s why they behave that way.  Or, it could also be mental illness, which is why you should treat everyone, including them, with dignity.

5. If there is a problem, clarify and document resolution. Work on the assumption that everyone wants to work well with others.

6. If someone routinely violates the ethical principles of how you treat colleagues with dignity, document it.  It isn’t unusual for toxic people to bad mouth others and spread rumors.

7. Research to see if the rumors are true. This will help you know who is really being a problem vs who is accused of being a problem.  Toxic people engage in behavior known as DARVO (Deny, Attack, Reverse the Victim and Offend.  People accused of being toxic may just be the victims of the toxic person. Make sure you don’t get rid of a good person and keep the toxic one.  This mistake happens a LOT – like 75% of the time according to a study that I can’t remember, but it was from the Workplace Bullying Institute.

8. Keep documenting. Eventually the toxic person reveals themselves and behaves so egregiously that it’s undeniable what they are doing – and you can get rid of them.

9. Keep monitoring. Expect a backlash from their allies and perhaps them.

11. Continue treating every interaction as a collaboration.

And yes, I’ve done this at a few places I’ve worked and have mostly been successful.

Here is an example. http://humanisthappiness.blogspot.com/2019/03/rebuilding-toxic-culture.html

If you want me to teach you how to do this too- take one of my classes at: https://humanistlearning.com/category/bullyingharassment/

And yes, I do group training as well.