There is no such thing as a micro-aggression. 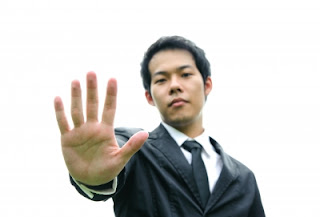 You may accidentally be unaware of the history of oppression of people, so you don’t know how terms are used to denigrate and oppress people.

But let’s be real. Most people who use terms to denigrate and dehumanize people and marginalize people – know exactly what they are doing when they use those terms.  They are just trying to rationalize why denigrating, dehumanizing and marginalizing someone – isn’t a bad thing or that good people should side with them because “they could be next” duh duh duh – play scary music here.

I think one of the things that exacerbates this is that if we say – someone is engaging in harassment (whether sexual, racial or whatever based harassment) we ask for an example. ONE example. Out of the pattern of behavior – we want to see the one incident that will explain what’s happening. And the one thing out of context – may not seem like a big deal – unless you see the pattern of behavior and can put it into context.


I once had a young girl take my online bullying course https://bullyvaccineproject.com/toolkitoverview/ . When she finally got the courage to document what was happening to her – she listed over 40 instances in one day. Little things throughout the day – like him kicking her chair, or saying something. Her list – included death threats by the way.

Now – if you had gone to the teacher – and she did – and said – this kid is kicking my chair – the teacher would say – tell him to stop. Which the girl would do and it would not stop. It would probably get worse.

We need to understand that when someone tells us about something that seems like a micro-aggression – and it’s upset them – that it isn’t a “micro-aggression” – it’s part of a pattern of harassment that needs to stop and there isn't anything micro about it.

Because seriously – almost everyone is capable of dealing with 1 off micro-aggressions. When we reach out for help – it’s because we are dealing with a long term pattern of behavior that may be manifesting as hundreds of little annoying things – that are done- for no other reason than to annoy the target.

So let’s abandon the term “micro-aggression” and call it what it is – an incident in a pattern of behavior that needs to stop!

I have a wide variety of online programs over at: https://humanistlearning.com/category/bullyingharassment/

You can also view several of the programs free at amazon prime: https://amzn.to/2RixU3p