Most people struggle with reality.  We don't like it. We want reality to be different. Unfortunately - we only have a limited ability to change the nature of reality.  The only hope we have - is to accept reality for what it is and work with and around it - realistically. 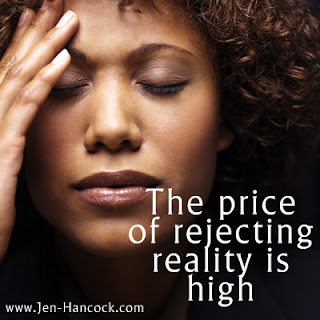 Today's post is about cognitive dissonance - which happens when there is a disconnect between our beliefs and our behavior and/or our beliefs - and reality.
And yes- this is about personal responsibility.
Here is a short article about cognitive dissonance: https://www.learning-theories.com/cognitive-dissonance-festinger.html
You can cause yourself and others harm - sometimes extreme harm if you reject reality.  Specifically - if you reject the reality of harm you did to others.

Youi have a belief that - you are a good person. And yet - we all do things - that cause harm to others from time to time.
Most people deny that they harmed others - because - they didn't mean to harm others.  That's not a very effective way of fixing a problem you have.
The more effective way is to - accept you did harm, take responsibility for the harm you caused - and work to fix it.  The more you fight or deny the reality - the more harm you cause to others.
On top of hurting them - you hurt them more as a way to deny your cognitive dissonance between the reality of your behavior and the belief you have about yourself.
Good people and good leaders - don't deny the reality of the impact of their behavior. They take responsibility for the impacts of their behavior - and change their behavior in the future.
Wouldn't it be nice if everyone did that?  Of course it would. Start practicing this for yourself and you will see immediate benefits from less stress - less unnecessary conflict and better relationships.
Sunk Costs:
Another way we cause harm is when we refuse to accept something isn't working.  This is known as a sunk cost fallacy - where we have invested so much into something and it just isn't working (the reality) but we refuse to believe it isn't working because - we've invested so much already.
A definition of insanity that I really like is - doing the same thing over and over again and expecting a different result.
If you are doing something and it isn't working, don't double down on the stupid. Do a realistic assessment of the situation and make some changes.  YOu may not have to totally abandon the thing that isn't working, maybe you can tweak it. But always be open to the possibility that you just need to abandon it. Because - if it's not working  it's insane to sink more of your time, energy and money into something that isn't working.
Learn more:
If you want to learn more about reality based decision making - take my course - Reality Based Decision Making for Effective Strategy Development - https://humanistlearning.com/realitybaseddecisionmaking/
Posted by JentheHumanist