I teach how to stop harassment in the workplace using behavioral science as well as implicit bias that affect diversity. 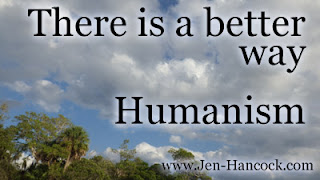 There are several reasons why diversity trainings fail to create diverse work groups.  So it’s helpful to think of processes that prevent diversity – rather than training to encourage it.

The research on the efficacy of diversity training is that – it really doesn’t matter the methodology of the training. The training will raise awareness of diversity issues, but is unlikely to result in behavioral change. The reason why is – behavioral change requires behavioral conditioning which is a process that takes place over time and is impacted by real events in the workplace. A training is a great way to start that process, but it’s only a start. If the processes don’t support diversity – the initiative will fail because – the pro-diversity behaviors will not be rewarded if the processes aren’t changed.

To create diverse workforces, you have to accomplish 3 things.

If we don’t eliminate bias in personnel decisions than our hiring, promoting and development programs will socially exclude people. It’s just a fact of life. There are things we can do in hiring to promote diversity by eliminating bias for instance. Salary negotiations can be eliminated and salaries normalized. These can all help improve the diversity coming into an organization through new hires AND ensure that everyone is treated equally in the organization – at least within the employee development system

If we don’t eliminate social exclusion through bullying/harassment – we will continue to have diversity issues.  One person has the ability to kill a diversity initiative if we don’t shut down bullying. A good diversity training must include a harassment/bullying program that teaches people how to actually shut down the unwanted bullying behavior to create space for the targets to actually stay and thrive instead of being driven out by small minded people committed to racism/sexism/whateverism.   This sort of enhanced harassment training is important because – as long as we people are socially excluded from groups for being different by bullies, your organization won’t be able to create diverse yet cohesive workgroups.

Finally, creating cohesive work groups are hard because, people with diverse backgrounds often disagree. The challenge of creating a cohesive team out of diverse people should not be under-estimated.  Helping people learn how to de-escalate conflicts so that they can engage in dignity based disagreements is essential.

My ideal diversity program would first, analyze the processes and tweak them to eliminate bias.

Then my training program would include bias elimination, diversity awareness, behavioral based harassment/bullying elimination training and a training on how to de-escalate conflicts effectively and ethically.  I would start with management and then move on to staff.  And I would have a plan for what to do about managers – that – turn out to be anti-diversity.

You can read my white paper on: Combining philosophy, science and education to create more diverse workforces – here:  https://drive.google.com/file/d/1SAQXj5aogXTA44QZtOQfI_y74e_m9d6L/view?usp=sharing