Economic theory applied to the problem of harassment

I was recently in New Delhi for a Happy Workplace Conclave #HyWe2018 – organized by my new friend Mukund Trivedy.  One of the speakers, Adam Cox, a strategist who sits on several executive boards, said that corporate culture is set by the last person promoted. He’s right and that has a direct impact on why harassment is still a problem despite everyone for years knowing that it’s a problem.
So how do we fix it?  By applying science. While I focus on teaching how to use behavioral science to fix the problem, economic theories can also help. 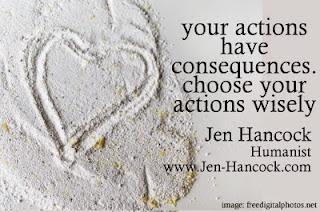 Here is an article that does just that – it claims that the next Harvey Weinstein can be stopped using the theories of Nobel Prize Winning Economist Richard Thaler.

The article rightly points out that since 75% of women report being harassed, instead of thinking it doesn’t happen and designing your processes for one off complaints. Expect it to happen and build stopping it from happening and reporting it when it does – into your processes.
But even that won’t be enough.  From the article.

“Ultimately, no reporting mechanism works unless the organization takes action when incidents are reported. One of the dispiriting lessons of Fox News—where O’Reilly and Ailes allegedly harassed women for years—is that the patterns of abuse were widely known by employees who had no faith the company would act. Organizations send messages about the behavior they value by who they choose to promote, and who they let go, says Amy Wrzesniewski, an organizational-behavior professor at the Yale School of Management.”

Which brings me back to Adam Cox – the culture is set by the last person promoted.
If there is a behavior happening in the workplace – it’s there because it’s being rewarded. If you don’t like the behavior – you need to understand that – it’s being rewarded somehow and if you want to fix it – you need to change your rewards and incentives so that you reward the behavior you want – like reporting. And create disincentives to the behavior you don’t want - like harassment.

Don’t assume your incentives are working the way you want them to.  Perverse incentives come from well-intention-ed people.  If you aren’t getting the results you want – there is a problem with your incentives. Period.

To learn more – take my comprehensive program – Workplace Bullying for HR professionals (or for lawyers).