How can good people come to different moral conclusions about politics

Now that the election is over, hopefully, as I am prewriting this in October, let's talk about how good people can come to such radically different moral conclusions about politics. 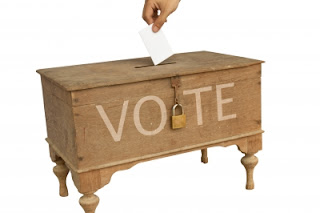 This is based on an actual conversation I had with some people on social media. Their names have been deleted, but I thought it was important to discuss this, from an explicitly humanistic perspective.

Question 1: I cannot get into the minds of those who go along with hateful and hypocritical rhetoric and actions. If you are decent, caring, and honest, how can you accept what is contrary to your values?

My first answer: By not knowing and not believing when you are told that something immoral has happened. Also, being told the other side are the bad guys and that your side is the good guys, plays into our tribal biases and short circuits our moral reasoning.

It's having your morality, which we all pretty much share,  hijacked for nefarious purposes. We've had 30 plus years of this happening along with concerted efforts by foreign bad actors to exacerbate this dynamic. But the lying liars thing is just partisanship. It's substituting tribal thinking (our side good, their side bad) over actual moral thinking (these actions are good or bad regardless of who does it).  In other words, morality becomes, it's ok if my side does it - to beat the other side.

Question 2: What you state appears to be the situation. However, morality can be interpreted and practiced many ways. It's personal and based on perspective. What you and I accept as moral is not necessarily what another person goes along with. Biases are factors. Personally, my mind differentiates between what I know, based on experience and facts and data; plus compassion and empathy play a role which I cannot ignore. Sometimes it is difficult to accept truths and maybe that is the problem with people who look the other way and go along with hateful, spiteful rhetoric and acts.

My 2nd Answer:  Studies on global ethics show that there is actually a common global ethic. Compassion is good. Harm is bad. Everything flows from there. I once did a just war session at a conference. We all agreed what a just and unjust war was but when we tried to apply to particular conflicts we couldn't agree at all, because of what we knew or thought we knew.

Add to that the fact we almost all take short cuts in our thinking. If we had to analyze everything it would be exhausting so we take short cuts and make assumptions. One of those short cuts is our tribe good, our enemies bad. We substitute if our tribe did it it must be good because we are good and everyone I know is good. Therefore they are not capable of doing bad - for actual analysis of any given situation. This happens all the time. The idea that humans are rational is incorrect. We are capable of rational thought,  but most of the time we don't use critical thinking. We use emotional thinking and rational short cuts. Further, we don't have time to learn everything.

This is how people with a shared morality can come to hugely different conclusions of what is moral or immoral or amoral. And that's when we share the same facts!

When we don't share facts or when people believe things that aren't true it would be nearly impossible to come to an agreement on what is moral.