The problem of cognitive dissonance 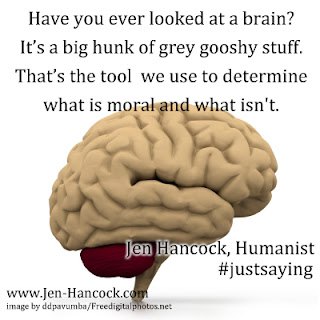 We humans - are really bad at critical thinking. We think we are good at it - but the reality is - we are super bad at it. We engage in emotional thinking and rationalize it. We take short cuts and then rationalize our short cuts.  And - we ignore evidence that contradicts our beliefs- and we rationalize it.

I do this too by the way. I am not trying to hold myself out as - an exemplar. One of the things I do try to do though, is - self correct even though it's hard to do and I try to be humble enough to accept correction.  It's part of my commitment as a Humanist to be OPEN to correction.

People erect methods to deal with cognitive dissonance - so yes - they don't want to deal with reality so they use techniques to deflect - calling something fake news is one way they do it. What about the others is another. I don't have to listen because you aren't civil (or in this case - are filled with hate). They also use the - deep state to get rid of the nasty reality that most of their high ranking people who are NOT in office - had openly and vocally defected and are warning about the guy - republicans still in his thrall don't know that and don't believe it or write it off as - deep state - he's cleaning the swamp as he said. - And the ones that have exited - must be corrupt and just really really hate the guy or aren’t real republicans. So - yes - all of the above. I read an article yesterday from a psychologist and they say the artifice is obviously - really fragile - and it's the little things that make it come tumbling down So - you don't have to fight it - as much as - introduce a crack for the light to get in.