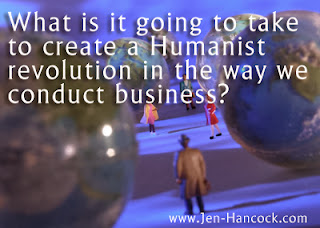 One of the blogs I really like to read is Evonomics. They have a really great essay on an arabic economist from the 14th century and highlight the similarities and difference between him and Adam Smith - who is usually the person western textbooks cite as the - father of modern economics. Here is the article - https://evonomics.com/amazing-north-african-scholar-beat-adam-smith-half-millennium/

1) Demand matters. Creating demand is what creates the market. When supply side people say - we need to create a supply - they are missing something important - that is the customer. Without the customer - there is no demand for the supplies.

2) The government matters. Particularly - taxation matters. Taxation helps create civilization. Government helps people see themselves as a united group - which allows commerce to happen since we tend to want to trade with people - we view as friendly. This is expensive and requires money.  Money to build the infrastructure that allows all that trade to occur.
The government is also one of the biggest creators of demand!  And this is true in most countries. The government hires more people than - pretty much anything else and spends more money than anything else. We don't need government to get out of the way - as much as we need government to use it's purchasing power for good - and not evil.

3) Greed/Hoarding wealth is bad. Basically - greed is what brings the downfall of the civilization.   Khaldun’s words are telling: “dynasty and government serve as the world’s greatest marketplace, providing the substance of civilization. Now, if the ruler holds on to property and revenue, or they are lost or not properly used by him, then the property in the possession of the ruler’s entourage will be small. Thus (when they stop spending), business slumps and commercial profits decline because of the shortage of capital”. “ […] Furthermore, money circulates between subjects and ruler, moving back and forth. Now, if the ruler keeps it to himself, it is lost to the subjects” (Khaldun p. 365).

When I read the proposals governments put out to fix their faltering economies it really feels like NONE of the people currently running countries have even read The Road to Serfdom by Hayek.  Here’s what they need to know.

Capitalists capitalize on demand. If there is no demand - there is no business. Build up demand by building up consumers - who by the way - are workers - and the economy will work fine on its own. That is the proper role of government.

The other proper role of government is setting standards of behavior so that people aren’t defrauded or the commons ruined. Which brings me to the ecological impact our business activities have.  One of the things the Covid19 shutdown showed people all over the world – is just how much pollution we were creating. Governments can and should be setting pollution standards and NOT allowing businesses to destroy our commons. Commerce and business must start occurring in an ecologically sustainable way! Governments must regulate businesses. Business must become responsible for the pollution they create. Only then, will the pollution problem we all suffer from – be solved.