Last February Amnesty International released a report on their workplace culture and the changes they need to make. They did this - after a couple of staff members committed suicide.  And it was found that “a serious failure of management” had contributed to one of the employee's deaths. 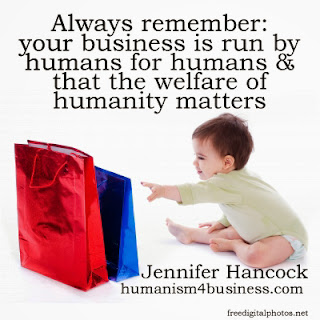 I am a supporter of Amnesty International and have volunteered with them and for them for years. I used to be the death penalty abolition coordinator for Florida.  So this report - hits me hard.  Most of the staff and volunteer consider human rights work a calling. It is the sort of work that should help people feel empowered and help them have a strong sense of moral motivation.

Yes, it's stressful work, but the report found that the well being issues were not from the trauma and suffering they were working with - but from "the adversarial culture, failures in management and pressures of workload were among the most significant contributors to well being issues."

The report is very upsetting. https://www.irishtimes.com/news/world/uk/widespread-bullying-of-staff-identified-at-amnesty-international-1.3783992

But it should stand as a reminder to those of us in leadership positions. Bullying management is bad management. Not only does it affect the quality of the work being done - it does real harm to the employees. Amnesty International suffered such a bad workplace culture - that an employee committed suicide because of it.

There is no legitimate reason for abusive management tactics. None. There are other more effective ways to motivate employees. Bullying management causes so much harm to individuals - it's amazing it is tolerated at all.

Not only were managers engaging in public humiliation - they were also encouraging people to sacrifice their well being for the cause by taking on extraordinary workloads.

The report concludes: “Amnesty cannot effectively strive to make the world a better place while perpetuating an organisational culture deeply marked by secrecy, mistrust, nepotism and other forms of power abuse.”

And this is the heart of the matter. We cannot do the good work we strive to do - whatever work we are in - if we allow or perpetuate abusive workplace cultures.   Every time we allow something to slide - we are changing the culture for the worse. We send messages to staff about what behavior is tolerated and acceptable. Every time we allow an abusive and inappropriate behavior to go unchecked - we make the culture worse. Until finally - you end up with the severe problems that Amnesty International is having - including employee suicide.

The antidote is to take your responsibility to your fellow humans seriously. We are each responsible for the workplace culture we are part of.  If we tolerate bad things, the culture turns bad. If we insist on relationships centered on dignity - the culture will embrace and cherish the dignity of everyone.

If your organization needs help in this area - please reach out to me.  I have experience turning around toxic workplace cultures and can help you not only adopt the philosophic mindset you hope for - but help you understand how to behaviorally managed and get rid of the behavior you don't want.