We all know there is a problem. Women aren't seeking advancement and aren't given pay raises in the same way as their male counterparts. And even companies who consider this a priority - still have problems.  I was recently asked what an HR manager can do to help close the gender and pay gap? 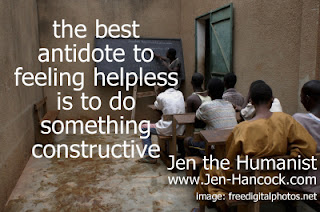 I teach how to use behavioral techniques to stop bullying and harassment. I also have a free course on implicit bias in the workplace. https://humanistlearning.com/controlling-our-unconscious-bias/

The first thing is to recognize – we all have biases and that our initial reaction to things – like a woman asking for a raise, might be more informed by our bias than by reason.  By stepping back – we are more likely to evaluate the request on it’s merits -than on instinct.

Yes – part of the job of HR is to keep employment costs down. But most businesses do have salary inequities – including ones that don’t think they do. One way to combat that is to proactively balance the salaries so that people in the same job – get paid the same. If a woman asks for a raise – do the research and find out if she is being paid equitably or not. The last thing you want is a good employee to leave because she doesn’t think she is being compensated fairly – so find out. Don’t assume – find out.  If she isn’t – give her the raise.

What a manager can do is validate the request. Thank the woman for having the courage to ask for the raise and – see what you can do to get a raise for her. Don’t just – I’ll see what I can do and then not do anything. Look into it. Verbally reward the effort and then – actively see if you can give her a raise.  If she is a good employee – advocate for her and fight for the raise for your people.