Dealing with Racist Rhetoric in a Business Setting 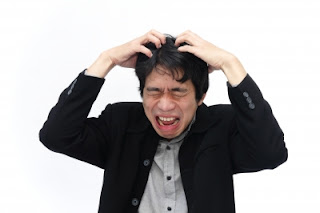 I used to work in international franchise sales. My boss was a boorish oaf (he would rub himself in front of me – not joking). We had clients in from Singapore. Nice guys. They were both planning to do vacations after our visit and were asking for advice. One was going to New Orleans. My boss – told him – you need to be careful – there are black people there and he held his hand like a gun.  The guy from Singapore had ZERO idea on why he should be concerned about black people in New Orleans and why that was an issue. He was extremely confused and did not know what my boss was implying. He looked to me for guidance.  I told him – New Orleans has a lot of poverty and a lot of guns and while it’s a very fun safe city, you do have to be aware of your surroundings at times.  He nodded and understood.


After our guests left, I went into my boss’ office – fists clenched because of how furious and upset I was and I told him he was NEVER to say such racist things in front of me ever again!! Ever.  My position was eliminated 2 weeks later and I was let go. My boss was let go 4 months later when he could no longer blame me for his bad performance.  I did the right thing even though it cost me my job.


He wasn’t alone in holding these racist views. My secretary there – told me she didn’t like black people because they would poop in the sinks of her father’s night club and she thought they were animals.  (Those were the words she used).  I told her that her views weren’t accurate and that black people are humans and the majority of them would be horrified at the idea of pooping in someone’s sink! I didn’t let her comments go unchallenged.


This was the start of my education on just how blatantly racist southerners really were. I grew up in  Los Angeles. Not only were my classmates multi-colored growing up, I only had one job where the staff was majority white.  No one would ever say anything remotely like this because everyone, except people who isolate themselves in certain enclaves, has friends of every color. The racism in Florida was shocking to me when I arrived It’s gotten better, but it’s still pretty shocking.

Now for the behavior side of this:

Racism is a learned behavior. It can be unlearned. The process for unlearning something like this is not easy. It’s best if people have positive personal experiences with people of color – but given the high level of segregation in places in the south – that isn’t likely to happen.


It is critically important that white people who don’t like racism speak out against it when it is voiced every time it is voiced.


Here is why.  Behavior happens when it is rewarded. To get it to stop, you have to stop rewarding it.  Racism is rewarded socially.  It’s a way of bonding. Failure to bond is failure to get reward.  You don’t have to be mean about it – but calling it out as inappropriate is necessary. Every time. People like my boss and my secretary would have never considered themselves racist even though they clearly said and thought horrendously bigoted things and clearly felt fully justified in those views and that it would be safe to voice those views in front of me because I am white too.


Challenging those views – politely – introduces doubt – not everyone agrees. Some will argue. My secretary thought I was naïve and unexperienced with black people and so I just didn’t know the truth.  It doesn’t matter how these situations turn out, the important part is to introduce doubt. Start the process of them rethinking whether what they think they know is actually so.


The other reason we have to speak out is because of bystanders.  People who are listening who aren’t racist need to know those views aren’t ok and that it’s ok to challenge them.  They can only learn that if someone says – hey – that’s not ok. People of color are human too – stop being an idiot.  This isn’t done to change the beliefs of the racists. It is done to create a new social norm where these ideas are no longer “accepted wisdom.”


If you are a manager and have to deal with this stuff, I recommend taking one of my courses on harassment. They are based in behavioral science and will help you understand the process and how to facilitate it.  And yes, some people may have to be fired.


If you are an employee and dealing with this stuff – again – I recommend you take my course. I teach a science based approach and can help you navigate these things, without losing your job or at least of setting yourself up to have the best chance of success.   Science really does help.
https://humanistlearning.com/category/bullyingharassment/