One of the reasons to reject bullying as a leadership style is because bullying leads to bad decisions. 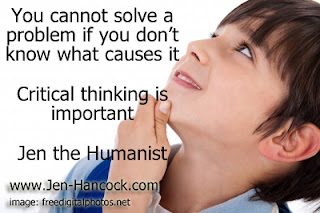 Bullies lead through aggression and intimidation. They get people to agree with them by basically threatening them if they don’t. This isn’t true leadership, though it often is mistaken as such. Some people do follow bullies voluntarily, but they are usually trying to gain access to resources denied the victims of the bully. It’s a calculated decision to either align with the bully or become a victim of the bully.

True leadership doesn’t require bullying to gain followers.  True leaders are followed because what they are saying and doing makes sense and people can see how they benefit from it.

Working with and supporting bullying leaders usually leads to segregation and hoarding of resources and this in turn causes harms to the “have nots” because bullying is about power and about marking people as either in (haves) or out (have nots).

Decisions made in a bullying framework aren’t about solving problems. They are about hoarding resources, which has nothing to do with solving problems. Bullying, as a leadership style, is a really bad approach to problem solving.

Lots of people are attracted to bullies. They think – here is a guy who can force a solution. And the bully often can. The problem is that the “solution” rarely solves the problem, it just empowers the bully more.

Rational decision making, on the other hand, is unconcerned with power. It’ s concerned with problem solving and using whatever tools are available to solve those problems.  The reason humanistic leadership is more effective is precisely because it doesn’t divide the “human resources” into in groups and out-groups. Everyone has a seat at the table and all potential solutions are considered and people are mobilized, not to pettily segregate people, but into teams that are working collaboratively to solve our problems.

If you are in a working environment with a bully, understand that while they seem to wield power, they aren’t wielding it for the good of the organization. And that fact alone is reason enough to no longer tolerate their behavior.


Learn how to stop bullying in the workplace - https://humanistlearning.com/retaliation1/

And the 7 principles of Humanistic Management - https://humanistlearning.com/?p=2237