I have a friend who is cynical. He’s a wonderful person and I like him a lot, but he’s scared of a LOT of things.  He hides his fear behind cynicism. 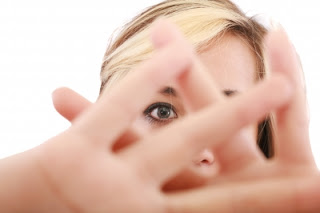 Cynicism allows him to hide. He assumes that the world is full of bad things and bad people and uses that as an excuse to not engage with the world.  He stays off the internet. He doesn’t walk around his neighborhood to meet the neighbors.

His cynicism is not based on experience. It’s based on assumption. Assumptions based on the things he has read that scare him. He gets his information and his fears from the media he is consuming, a media that is filled with fear mongering.

The irony is that if he chose to consume media that wasn’t feeding his fears, he would realize how much fear mongered non-sense he has actually been consuming and how much real harm this fear mongering is doing to him.


One of the reasons I teach critical thinking as a leadership skills is because a cynical person makes for a lousy leader. Cynical leaders don’t lead anyone anywhere except into a hiding hole. That’s not leadership. That’s more like the dad in the movie The Croods!

Cynicism is faulty reasoning.  It leads you to make decisions, not on reality, but on your fears that you are too fearful to question.  It’s a mental short cut that tells your brain, you don’t have to look too deeply into whatever is frightening you. Everything is awful and whatever the fear-monger is selling just confirms it. Heck the fact fear mongers exist confirms the  everything and everyone is awful bias that is cynicism. This is confirmation bias in action.

In order to make things better. In order to solve problems, you can’t just hide from them. You have to take constructive action to solve them.  All a cynic will do is complain and that isn’t leadership.

A leader learns how to put their fear away so that they can think clearly about the problem they face. They question their assumptions. Perhaps everything is awful. But that doesn’t mean we should hide. Maybe they can find a solution to the problem and make what was awful awesome!

And if that doesn’t convince you to challenge your own cynicism, consider this: what if you are wrong and things aren’t awful, they are awesome and you’ve been missing out on all that awesomeness. You won’t know until your change your thinking and take a chance.

Cynicism doesn’t make you smart. It makes you an idiot.

And I mean that in the nicest possible way. (Note: my idiot comment does not apply to people who have PTSD and avoid things because they’ve actually had bad personal experiences with them. It only applies to people who assume things will be bad without actually having firsthand experience with it. Not everything is awesome and some things really are quite awful. Just don’t assume you know which is which until you’ve tried it.)