I'm ready for the civil war to finally be over

We need to finally decide to marginalize racists and stop allowing them to dictate terms of - anything. 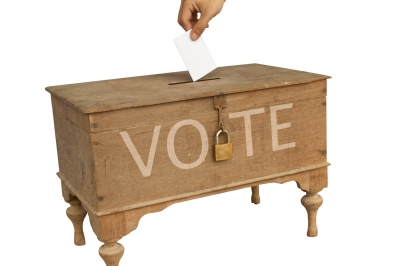 I grew up in Los Angeles, but now live in the south. Florida to be exact.  I live on what used to be Calusa land in an area that has been inhabited since the last ice age.

I live on what used to be "plantation" land. The white people who "settled" the specific land I live on - created a slave labor camp here that enslaved over 200 people at one point.  Just a block away from me is the main house (which is now a state park - named after Judah P. Benjamin (https://en.wikipedia.org/wiki/Judah_P._Benjamin) a cabinet member of the Confederacy who hid here before fleeing to England at the end of the war.

It was quite a shock when I moved here, though it took me a while to understand why all the crazy things that were happening - were happening. I just couldn't get my head around it for a while. But once I understood - it radicalized me and I am now - anti-racist. And I REALLY want us to stop fighting the civil war and move on with reconstruction already!  But we can't do that - until we recognize that - we are still fighting - the civil effing war!!!!! And then - once we realize that - we need to win it - for freedom and equality!

I grew up with friends and classmates from every ethnicity and background and religion. I had no real sense of what racism is - until I moved here.   I'm not sure people who grow up in this area - really understand how - not ok it is and how racism infects - everything. But it does - effect - EVERYTHING.

First - I want to say - we've made tremendous progress since I've lived here. Locally - our racists - no longer control our government. Our government structure and make up is still designed by racists though - so it's a one party system (with token representation) despite the governing party only having like 55% support of the voters. The fact our government doesn't come close to proportionally representing the people - is by racist design. It's one of the many parts of the racist system (systemic racism) that needs to be fixed.

Voting - we have made great strides. When I first moved here- the system itself was set up by and run by racists. I am a highly educated woman. It took me 6 months to figure out how to register to vote. (I had to take off from work and get to the county building downtown and register there - and even then - they tried to talk me out of registering for the democrats - which I thought was really odd and totally inappropriate). Then - they prevented me from voting for 3 years. I finally registered absentee in order to ensure I could vote because - attempting to vote in person - failed - for 3 years. I understand now - the problem was systemic racism. The great news is - those problems are LARGELY fixed. The last 2 supervisors - have done an amazing job dismantling the barriers that were erected to prevent certain people from a certain party - from voting.  We now almost 2 weeks of early voting and vote by mail and in person voting. And registering can be done at any DMV or county office.  But - there is still a problem of access and locations. My local polling station - for instance - was closed for the primary. I could not walk to my poll. I would have to drive (which is a problem if you don't have a car).

Speaking of which - public transportation is another part of the system that developed with racism in it's core. Yes - we have public transport. But it's pretty useless. The buses stop running at 6 pm and if you want or need to go to an social service center  - you will probably have to walk 45 minutes from the nearest bus stop to get there in the Florida heat and humidity. You basically can't function here - unless you have your own car.  Too poor to afford a car - or public transport?  You can get a free bus pass - but you have to get yourself downtown to get it which means - paying money - to get downtown. And you can only access that - 9-5 on weekdays. So if you do have a job - good luck - getting a free bus pass - even though they are available. The last time I rode the bus - there was a guy who had just gotten a job near my house - and he had had to go home - by the bus to get a document and come back. Our bus - was the last bus of the day (it was 5:30 pm) and he was going to have a 2 ish hour walk home after dropping off his paperwork! If you are poor - a racist system - will keep you that way.

Zoning? That's another part of the racist system. I didn't understand it until I was fortunate enough to purchase some rental properties. I knew about red-lining - but I didn't really understand it. What happened here - though - and why our communities developed like they did - have their roots in slavery and emancipation. And every time people tried to fix it - there was a backlash. Where were people allowed to live?  Our zoning laws - restrict where people can live - still. This is it's own topic - but - just understand - we are only just NOW - starting to integrate our communities and the president of the United States is telling people who are afraid of that integration that - he will stop it from happening.  It needs to happen though. And this is one of those - civil war battles that still needs to be won.  We should not allow ourselves to be held hostage this way. It's NOT good for our society and it does REAL harm to real people. We need to integrate ourselves.

Schools - yeah - they are kind of integrated - but also kind of NOT. It's another part of the - racist system that - still exist and still needs to be fixed and is tied - to zoning which has it's roots in slavery and the backlash to emancipation.   And the lynching.

But again - these stories are starting to be told - our agricultural museum has information on farms that were stolen - through lynching now.  The people who committed those crimes - finally died so the stories can be told now.

And really - that is what the south has been waiting for. For people to die out. We can finally end the civil war - when the people who committed these crimes - die out. We have all just been waiting for them  - to die off so we can finally remove the yoke they put on our community - so we can FINALLY move forward! And - this desire for this to end - is not partisan at all. The racists are all in one of the parties - but their fellow party members - don't like them at all and would prefer them - gone and actively work to dismantle all the systemic crap they created.

The hope was - once they all die - THEN we can finally make progress. I'm sick of waiting. And I'm white!  This is all fixable. But to fix it - we need to be honest about what it is and what we allowed to happen to appease the racists so we wouldn't have to continue fighting the civil war as an actual military thing.

America cannot continue half free. We cannot accomplish all the things we are capable of accomplishing if we continue to do this - with a portion of our fellow citizens intentionally marginalized and prevented from participating in our society - which is what we have allowed to happen in the name of - eventually all these old racists will die off.

Yes - the ones that committed the crimes of the past century - have largely died - but they also spawned a whole new generation of racists who are still fighting to keep intact - the racist systems we REALLY need to dismantle.

The only way the civil war ends - is if we intentionally - end it. To do that - we need to acknowledge the reality of this problem and take active steps to marginalize the racists so they can no longer dictate our influence our public policy.

And while I completely owe a debt of gratitude to the people in the local government who have taken on their own party to make much needed progress - I do think - they either need to jettison the racist wing of their party - or leave their party and create a new governing coalition that is actively anti-racist. We are now the majority. It is clear - we are the majority. Think of how much we can accomplish if we work together - to finally end the remnants of the civil war and finally - move forward - together as a unified country.