Identifying toxic workers before they can do damage

I teach how to stop bullying and harassment in the workplace using behavioral science. My company is Humanist Learning Systems.  I also teach humanistic management and leadership techniques as well as critical thinking. 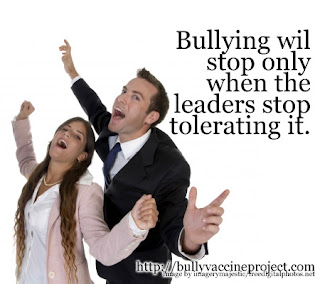 1. What kind of damage can a toxic worker do to a company or team/dept. operating in a company?

A toxic worker is expensive. And not just because of the potential for lawsuits. Toxic workers kill productivity because they kill trust.  One of my first jobs out of college was the director of volunteer services for a non profit.  We had toxic volunteer staff relations when I was hired and I was hired to fix it. And I did – and was able to fire the toxic volunteer.  We went from 10 volunteers contributing – basically nothing of value to the organization to 500 volunteers donating 20,000 hours a year in 3 years. One toxic part time volunteer was literally costing the organization – the equivalent to 10 full time employees in productivity.  Now imagine what kind of damage a full-time paid staff member can do.

2. What are the early signs or red flags that a toxic worker is hurting workplace performance?

Negativity. Lack of psychological safety. Though I want to caution – people who are negative – may not be toxic – they just may be responding as any normal human does when they encounter a toxic individual that they can’t get away from because they work with them.  My point is that if morale starts to get bad, and social trust starts to erode and the gossip/whisper network starts to kick in – you have a problem – and you need to identify the person who is causing that and get rid of them.  Don’t assume the people complaining are the problem. They are just the ones telling you – you have a problem – pay attention.

3. What are the first steps a manager should take to deal with a toxic worker and why?

1st step – don’t assume they are toxic.  Everyone has dignity and worth and you do not know what is going on in a person’s life.  Also – the person you are being told is the problem – might actually be the victim of bullying and harassment and a rumor campaign. So do not jump to conclusions about anyone.  Instead – investigate.
2nd step – set up conditions for people to succeed.  Often – a toxic worker manifests as conflict.  So – you have a conflict situation. You don’t know what is going on. I give people guidelines for my expectations on how they will handle the conflict – using a mediation model. Meaning – if whatever you are complaining about keeps happening – let me know – and I will handle it. Generally speaking – the people who work the system – are not the problem. The people who keep doing the inappropriate thing – are the problem.  I have entire courses dedicated to how to do this.  People who are in control of their behavior – will behavior appropriately. People who are not  will not.
Your goal is to determine what is going on – assuming that all parties are well intentioned until proven otherwise. And let people live up to your fine expectations for them. Most people will do well with this if given the support they need.   The mistake I see managers make at this stage – is that they don’t want to put in the effort to moderate a dispute and they don’t understand why  - after telling people to come to them if there is a problem – that they keep coming to them with their problems.  So  - instead of rewarding the people telling you there is a problem – the manager gets frustrated and then – starts believing the bully that the victim – is a complainer and toxic and needs to be let go – when it’s the bully who is causing the problem.
When you set people up to either behave professionally or not – and you set up a system to report – reward the people who use the system. Not the people who spread rumors and sabotage other people’s work.  What I tell people – is start to document everything. And I mean everything.  It’s the documentation that surfaces the true problem employee – whose behavior will get worse and worse as they can no longer hide.

4. If a toxic worker does not respond to direct interaction from a manager or HR, what are a company's options?

If a suspected toxic worker does not respond to the changed expectations for behavior – and instead fights it and starts spreading rumors about the manager and their behavior escalates – only then can you really decide – well – I guess they are toxic and not simply cranky or frustrated.

5. Is termination the ultimate answer? Or, can a toxic worker be salvaged and kept on a team, or at least moved to another department or team?

If someone is truly toxic – it’s not really worth the time and resources to salvage them in my opinion. And I say this as someone is a huge fan of giving people additional changes. In fact - I used to work in a department - that actively hired people that had been fired from other departments. We were the most effective department in the company - built entirely of people who had been kicked out - of other departments.

But with toxic people - we are not simply talking about people who are cranky and negative or who don't get along with someone. We are talking about people who are actively sabotaging the work with their toxic attitudes and behavior by destroying trust and psychological safety required for an effective work environment.  Everyone is already spending so much time working around the toxic person just to get things done – do you really want to invest even more time trying to get them to behave better.  Remember – you gave them and everyone else – an opportunity to shape up earlier in the process. If they could change and were amenable to change – they would have already – changed.  Their failure to change is what gets you to this point. And at this point – don’t sink any more costs in – get rid of them. You should experience an immediate relief from everyone else in the workplace and an increase in productivity as people – can now – put 100% of their mental energy into their jobs without having to spend any time thinking about how to politically maneuver around the toxic worker.
Posted by JentheHumanist