Last week I posted about how to identify and deal with a toxic employee. This week - I want to expand on it and give you a real life example.

These are my answers to the reporters questions about dealing with a toxic volunteer and the damage that was caused. 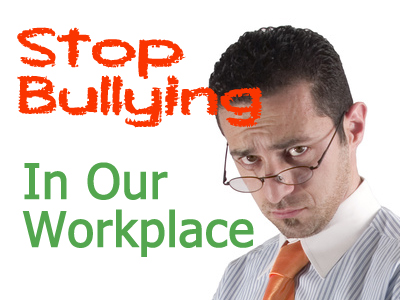 We keep referring to “toxic,” but not describing what it looks like. This one volunteer was toxic in what manner? What was he or she doing?

This volunteer was acting as if she was in control of the volunteers. She felt her job – and therefore the job of all the volunteers – was to spy on staff and report them for – behaving “badly” however she defined it. This created toxic staff volunteer relationships – because – no member of the staff wanted to work with a volunteer who thought it was their job to get them in trouble. No one would want to voluntarily work with someone who was out to get them fired! This – approach – her approach - killed – trust.

Also, are we saying that this one toxic volunteer affected 10 other volunteers such that they were contributing nothing to the organization? Can we describe this more specifically? Morale was low because of this person? Or something else?

Yes. This is exactly what I am saying. This one volunteer – destroyed staff volunteer relationships by acting as if – every member of the staff was a horrible person up to no good.  She was actively threatening people’s jobs if she didn’t get what she wanted. She didn’t trust anyone and her actions and “assumed authority” meant that there was no trust between the staff and the volunteers.  And that meant – the staff didn’t want to work with volunteers. The volunteers had no direction from staff. The relationship between staff and volunteers was toxic.  The volunteers weren’t being given the opportunity to contribute. Their only impact on the organization was the fear and intimidation campaign this – “head volunteer” waged. The staff that could have done something – and should have done something to stop this volunteer – were scared of her and scared of the impact she might have on donors. So – they allowed it to get out of control. They felt they needed her – because – non-profits rely on volunteers and donors. And we had so few when I arrived. Only 10 – at a major non profit in Los Angeles with a good national reputation!  They wanted it fixed – but didn’t know how to do it without making things worse – because – again – this woman was threatening to destroy everyone’s reputation and the organizations reputation.

How did you fix this?

The way I fixed this was – 1st – I consulted with staff to find out what volunteers could do that would be helpful. I then wrote up a job description and interviewed the volunteers to see if they wanted to do the volunteer jobs we had created. All but the toxic one were thrilled to finally have some clarity around what they were supposed to be doing and how they could be helpful and that finally – they could ignore the toxic volunteer and not have to deal with her anymore. The staff who had agreed to experiment with volunteers loved having the help and the volunteers loved being helpful – finally.  And the program took off.

The one who refused because – she thought it was her job to spy on staff and get them in trouble – was fired. And that was the end of that. Literally – one toxic volunteer – destroyed trust to the point that she was holding an entire organization hostage.  Trust was pretty easily rebuilt once we had some structure and an authority (me) who held her accountable. As much as this one volunteer tried to get back into the organization – absolutely no one wanted her back.

She was not collaborative at all. She was just – very authoritarian. Her way was the only way – and no one could be trusted – and that attitude – is what caused the toxic relationship between volunteers and staff. The fix – was to build in and reward collaboration and – to fire the toxic person so they could no longer hold anyone in the organization hostage with their threats.