This is a problem with promoting diversity. And that is - in order to create diverse groups, we must not tolerate the intolerant. But - that makes us intolerant. Right? 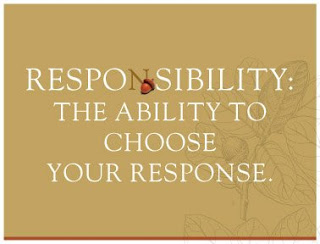 I was giving a talk in Tallahassee at the beginning of August and this question came up. How do we stay true to our values while defending our values. It's not an easy task.  Albert Camus once cautioned a friend - "when fighting for your truth, you must take care not to kill it with the very arms you are using to defend it." - Preface to Algerian Reports

How do I think through this as an ethical dilemma?  For me - the key is our understanding of moral values.  All moral value systems consist of a variety of values. It is very common for these values to be in conflict. When that happens, we have to decide which value is paramount. The typical way this is described is - is it ok to steal a car to save someone's life.  Both are wrong, but one is clearly worse.

Morality isn't about choosing between good and evil. It is about choosing the lesser of two evils or the greater of two good. It requires moral judgement.  Which is why most people have no problem with this question. Yes, of course, stealing to prevent a murder is ok. Both are wrong – one is more wrong than the other.

And like all choices - we have to use judgement for individual situations. That is why we have to use critical thinking for our moral judgement.  We shouldn't be blase about being intolerant of intolerance. Recognizing that we made a moral choice between two "evils" helps us not go down a slippery slope of killing our truth with the very arms we use to defend it.

The truth is - diversity is good and intolerance not only prevents us from achieving diversity, it also causes material and physical harm to people. To create good - we have to be intolerant - of certain forms of intolerance.

Am I rationalizing intolerance? No - I'm engaging in moral reasoning based on testable outcomes.  I am asking myself the question - which action creates the most good and least harm? Allowing intolerance  - or being intolerant of intolerance? To me - the answer to this question is as simple.