Narcissistic Bullies can cause a lot of problems in the workplace. Here are some common scenarios and how to deal with them professionally and ethically while still standing up for yourself. 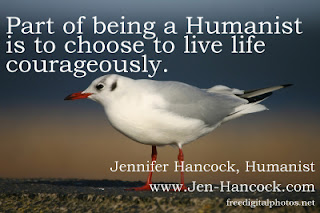 What do you do when someone takes credit for your work?

Note that it happened and take preventative steps to make sure it never happens again. For instance, put your name on your paper, and share it with more than just the narcissist before publishing. Once bitten, twice shy. Don’t allow yourself to get burned more than once. If someone takes credit for your work – they will do it again. Take preventative steps to make sure they CAN’T in the future. For women in particular, the Obama white house women would restate and amplify a woman’s contribution – by saying – I agree with “Stephanie” when she said – whatever it was she said. You can band together and make sure it is clear whose original idea it was by repeating their name.  So – say Stephanie presents an idea and then a narcissist comes forward and says – I think we should do – whatever Stephanie's proposal was but makes it seem like they just had a brilliant idea. The thing you say in response is: "I agree – I also think we should do what STEPHANIE proposed. HER idea was wonderful." Make it clear whose idea it was. Don’t make Stephanie do that herself.


What to do when someone starts rumors?

Remind people that gossip is not appropriate and defend the victim.

What to do when someone hogs the floor in meetings?

This should only happen once. Then you know it’s going to happen in the future. It is the moderators job to make sure that no one person hogs the meeting. It is quite easy to make a narcissist share the floor. Simple state – thank you – whoever – I want to hear from some other people now.  If you aren’t the moderator – talk to the moderator – politely say – there are a lot of people who have input who aren’t getting a chance to speak. Can you make sure that the time isn’t hogged and that other people are given space to share their ideas. If you are the moderator, then it’s your job to ask them politely to give space to others to speak. When they try to interrupt and they will, say – we will get to you in a second – but Stephanie is talking right now. Then, make sure you give the narcissist some more time. This is what I mean when I say managing their condition. They need to be stroked, so you have to give that to them while not allowing them to monopolize the time.

How to stop them from bringing down morale?

Fire them.  As long as they are in the workplace they will put others down to bring themselves up. This is not behavior they can control. It is exhausting to give narcissists the props they need to keep them happy and petted so that they don’t interfere with everyone else’s work. The best thing you can do for morale is to get rid of them and then watch the celebrations that occur when the weight everyone has been carrying around catering to this toxic person’s needs is no longer an obligation of the work.


How to get a narcissist to stop resisting other people’s ideas?

You have to make it seem like it’s their idea and that they are helping and getting status by helping raise up other people’s ideas. Again – very easy to manipulate – and necessary to get work done – but … it’s ultimately a waste of time and you are better off getting rid of them rather than playing these games to keep the narcissist happy.


How to get them to stop recruiting others to do their grunt work?

Give them a “project” that they can be in control of that they get props for that doesn’t involve anyone else. Create space and cover for everyone else to be able to say no to the narcissist because they have other work to do. Generally – this involves making sure that there are gate keepers to the staff and that the narcissist has to go through those gate keepers if they want to re-task a worker’s job.