It seems like my entire career has been about managing change in some form or another.  I have been involved in several start ups and have transformed volunteer systems and business systems. 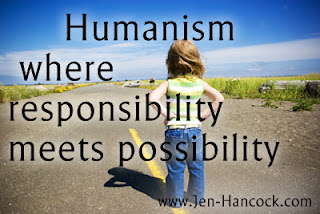 For instance, When I started at the LASPCA I inherited10 volunteers whose job was to spy on staff. In three years I grew the program to over 500 volunteers donating 20,000 hours a year in every department in our agency.

In business, I helped take an acquisition department doing 2 deals a month and helped turned it into a half billion dollar company completing 8 acquisitions a week because we changed our processes successfully. We used to get wannabee consultants come in – and when we asked them how many deals they could close – most said 2 a month. We were doing 8 a week – the average price of the deal was $250k. At one point I calculated that my team was generating $12k in new revenue for our company every hour.  I’m good at this.

I was recently approached by a reporter who wanted to know more about my experiences with change management Here are her questions and my answers.

1) What is the worst change management failure you have witnessed?

Every attempt to stop harassment in the workplace ever. Seriously – every major company does training and it doesn’t change anyone’s behavior. We are doing this on a national level. We have laws to do this. And … it has totally failed to create any meaningful behavioral change. We even doing online training now – still doesn’t work.  And yet – we still do the same thing over and over again – despite it not working.

Why do most attempts at change fail? Because the people leading the effort don’t understand the process of how behaviors are learned and more importantly unlearned. They plan for the best – roll out the new product or system and it’s not adopted.   There are several reasons for this.

First: Failure to understand the needs of the customers.  My father – Christopher Shaw, editor of the Sigplan Notices, once said – “design a system even a fool can use and only a fool will want to use it.” If the system doesn’t work right for the real people using the system no one will use it.  Failure to do your research and build a better system means failure. Before you even start – you need to make sure what you are asking people to do makes sense.  I have literally had people come to me to propose systems that don’t work. At all. Not even during the showcase. I have no idea what they were thinking, but … if your system doesn’t work better than my existing system and you don’t even know that your system doesn’t work – you are an idiot.  (*Sorry – pet peeve – I once had a team come in to pitch a GIS analysis system and the maps they showed me were brown. Like – a brown screen. Not a map – just – big brown rectangle with no distinguishing features – just – brown. I had to ask them to create differentiations between the layers just to see if what they were telling me their system could do, it could do. Not surprisingly – it couldn’t.)

Second: Failure to treat your humans as humans. This may come as a shock – but humans aren’t robots. You can’t just – reprogram them.  They have insecurities, prior knowledge base and most importantly habits. Habits are hard to break and we resist changing them unless we absolutely must. The reason people are still using XP is because the cost of changing is greater than the reward.  Microsoft had to stop supporting the software and people still didn’t change.  It doesn’t matter that 10 is a pretty cool operating system. People are only changing when their computers stop working.  In order to get people to adopt change you have to a) stop allowing the old thing to work and b) make the rewards for the new thing great enough to overcome the cost of doing things the old way.

Third: Repetition matters.  There is a saying in marketing and sales – you have to expose your customer to something 10 times before they even start to pay attention. The same is true with habit formation and change management is ALL about habit formation.  When you are helping people transition from one system to another – you have to provide repetition for people to learn what you want them to learn. Some examples of this. My sister works at a hitech firm out in LA. Large – 10,000+ employees. They changed their email system and for 3 months, the training department sent out reminder emails with information about what the new system could do and encouraged people to try out the new features. This repetition worked.  I am currently using Windows 10. I don’t browse in Edge though and every time I open up Chrome – Windows reminds me to try Edge. This repetition is a way to encourage me to use their system. It hasn’t worked yet – mostly because they disabled flash apps and there are things I can’t do in it. So – system failure.  A final example of repetition in tech adoptions. I have been playing Breathe of the Wild on Nintendo Switch. Whenever a screen change occurs we get “tips” about how to use the system better. How to fight bad guys better. Customers can’t be expected to remember all the whistles and bells put into a good system, so these built in reminders help. Eventually – I try out these things and add them into my repertoire of knowledge on how to use the system.

2) What is a "low hanging fruit" / easy win that companies often miss in change management?

There are early adopters and laggers in any change management process. The low hanging fruit are the people with the least invested in the old system. People willing to try something new. These will give you the first chance to see how the system works in the real world with real people and give you feed back so you can tweak it and make it better for the next set of adopters. One of the mistakes companies make is they roll it out – hoping everyone will adopt it and don’t bother to do early testing with real people. Your low hanging fruit of early adopters are great beta testers and are usually kinder to you when the system needs tweaking.

Even with behavioral change – I roll it out in stages.

3) For tech leaders/executives, what is the most significant blindspot/misunderstanding of change management?

Humans aren’t robots. You can’t just reprogram us. We resist change. This doesn’t mean we are bad people or stupid. It just means we are instinctually programmed to resist change and there are number of behavioral reasons why change is hard for us. Understanding that resistance is a normal part of the process helps leaders view what is happening when staff resist as normal and not something to worry about. It’s something to work through. Plan for it. And if you don’t understand the science of why people resist change and what that looks like in real life – learn it.

4) What is an "early warning sign" that change management is likely to fail or produce poor results?

Arrogant managers who don’t bother to get input from various people to even know that what they are proposing is stupid. For people to adopt change  - the new way has to be significantly better than the old way and it has to solve a real problem that the old way has.  If you are too arrogant to find out you may be an idiot – you will set yourself up for failure. Good managers understand that they don’t know everything and seek out input so that their decisions are informed by real people and reality and not just their inflated ego.

When I know for sure it’s going to fail is not from the “backlash” the change creates, but from how the managers are responding to that backlash. Again, the backlash is normal. Good managers and leaders help their teams work through it. Bad ones – get angry and give up. And that’s when I know it’s going to fail. Backlashes in behavioral science terms are called extinction bursts or blow outs. They are akin to an explosion. They can get really bad and really nasty. And all of this is normal. It’s part of the change process. It’s what change looks like – always. People who don’t understand that – fail. 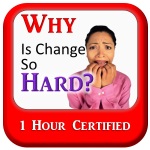 If you want to learn more about change management from a behavioral perspective - take my course Why is Change So Hard which discusses how to get old behaviors to stop so that new behaviors can be adopted.