Discrimination is a problem for all employers. Recently, we are starting to see a legal argument being made that discriminating against people who want to discriminate is a form of unfair discrimination. I was asked about this on Quora and I wanted to share it here for humanistic leaders and managers to help you understand why despite a person’s plea that you accommodate their prejudices, you shouldn’t. 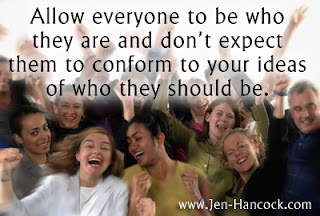 Answer:
I am very intolerant of intolerance. So I understand why you feel this way. However, let's start by defining prejudice, which is a preconceived opinion that is not based on reason or actual experience.

If someone is prejudiced, they cause harm because their actions aren't based in reality. In other words, these opinions are not based on experience and/or reason.

Prejudiced people discriminate against other people for no good reason and discrimination causes real social and economic harm and sometimes physical harm as well.

All our actions have consequences. If you act in a way that harms other people, other people will start to avoid you and employers will fire you to protect the other employees and their customers. This avoidance behavior isn't prejudiced because avoiding people who hurt people is reasonable judgement, not prejudice.

So, to answer your question, no: people who dislike and avoid prejudiced people are not prejudiced and they aren't being hypocrites. They are taking reasonable actions to protect themselves and others from the harm prejudiced people cause.